Here is a shot of the cast sketches I have done so far in my Downton Abbey series – Carson, Mrs. Patmore, Cora & Robert Crawley, Dowager & Moseley!

For larger versions of the individual sketches, click here:
https://staceychomiak.wordpress.com/2014/01/25/downton-abbey-sketches-part-1/

WHO doesn’t LOVE “Downton Abbey“??? Oh my word we discovered it after season 1 had aired in the UK, and once we got our hands on it over here in Canada, we fell in love with the characters immediately.

We just finished watching season 4, and I decided to do something that is long overdue – draw the characters! So far I have done three of the cast members – see below. Also scroll to the bottom to see who tweeted at me after my first sketch! 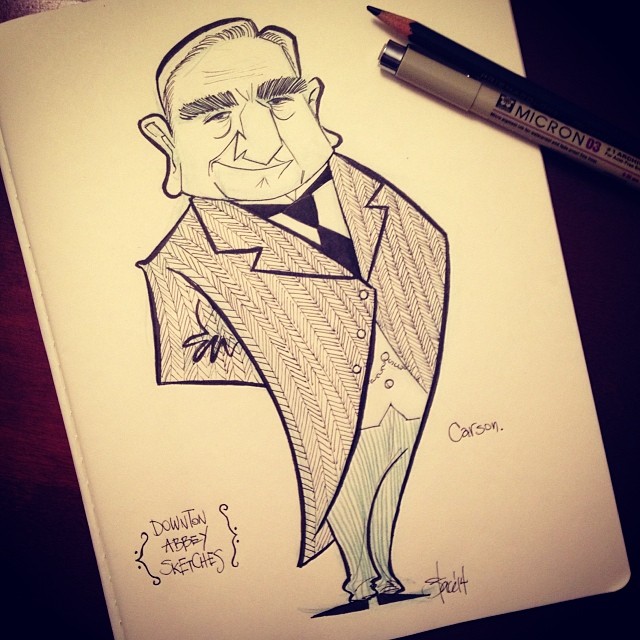 The Dowager Countess [played of course by Dame Maggie Smith] 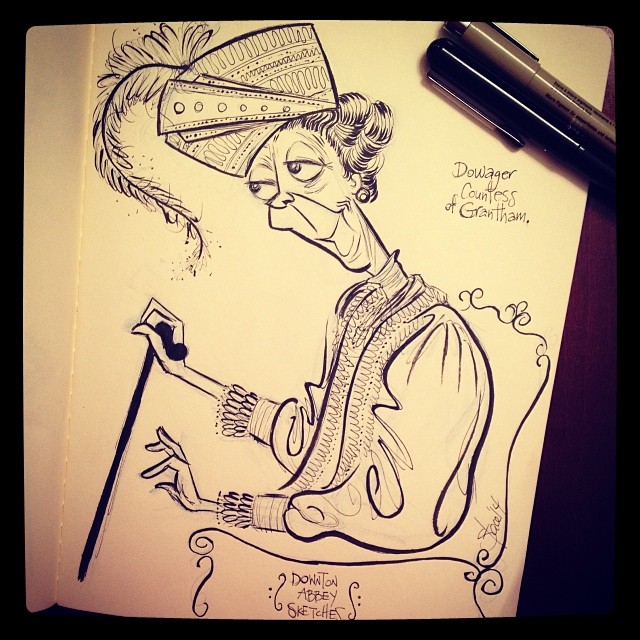 The actress, Lesley Nicol, who plays Mrs. Patmore on “Downton” tweeted at me after I released the first sketch – as a HUGE fan of the show, that was a SUPER exciting moment! 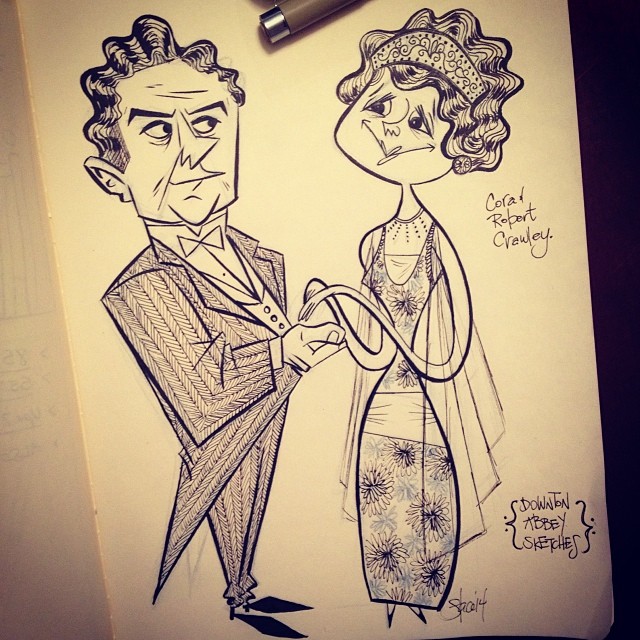 Now to tackle the rest of the cast… stay tuned!

Repped by The Bent Agency

Productions I have worked on:

“Cloudy With a Chance of Meatballs” (TV series – Sony)