Upon graduating from Sheridan College in 2009, I completed my thesis animated short film entitled “Tah-Dah”. It ended up making it into over 40 film festivals and winning two awards in filmmaking! I went to LA twice for festivals, and to Hawaii & Maryland to teach animation workshops. I sure squeezed a lot out of my little 2-minute film! 🙂

I was going through my own archives, realizing it was over 10 years ago (!!) and found it neat to discover some old interviews. What would I have told myself ten years ago about my life now? And where will I be ten years from now…? I have to say, I am pretty proud with how hard I have been chasing my dreams.

Here’s a short radio interview I did with CBC in 2010 in Winnipeg – I remember going down to their studios very early one morning. What a fun experience chatting with them!

Here’s a little interview I did on the red carpet at Feel Good Film Fest I went to in LA – they screened the films at the iconic Egyptian Theater – such a surreal experience to see my film play there!

Here’s a newspaper I was featured in Maryland for their International Film Fest – I was lucky enough to go down and teach a series of animation workshops to kids there. SO much fun, and the people there were so incredibly hospitable & wonderful!

Thanks for all the fun & memories, “Tah-Dah”! I can’t wait to see what the next ten years bring. 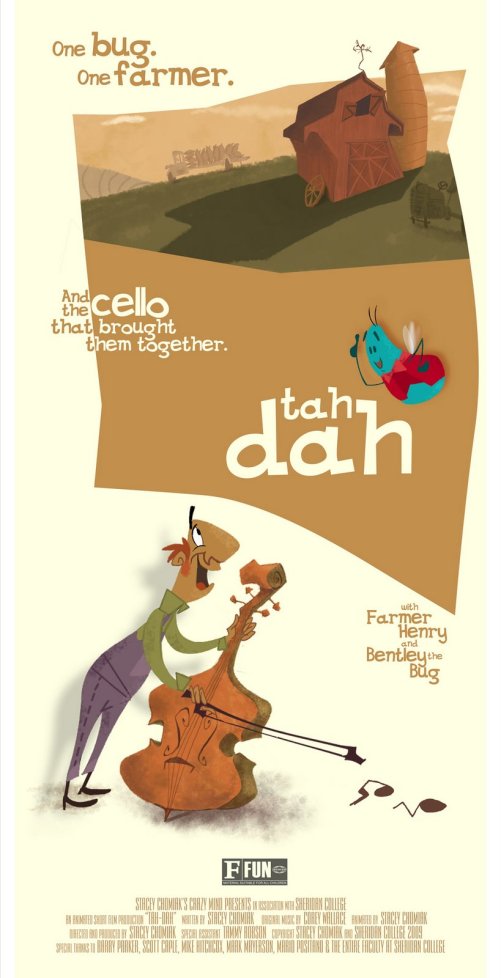